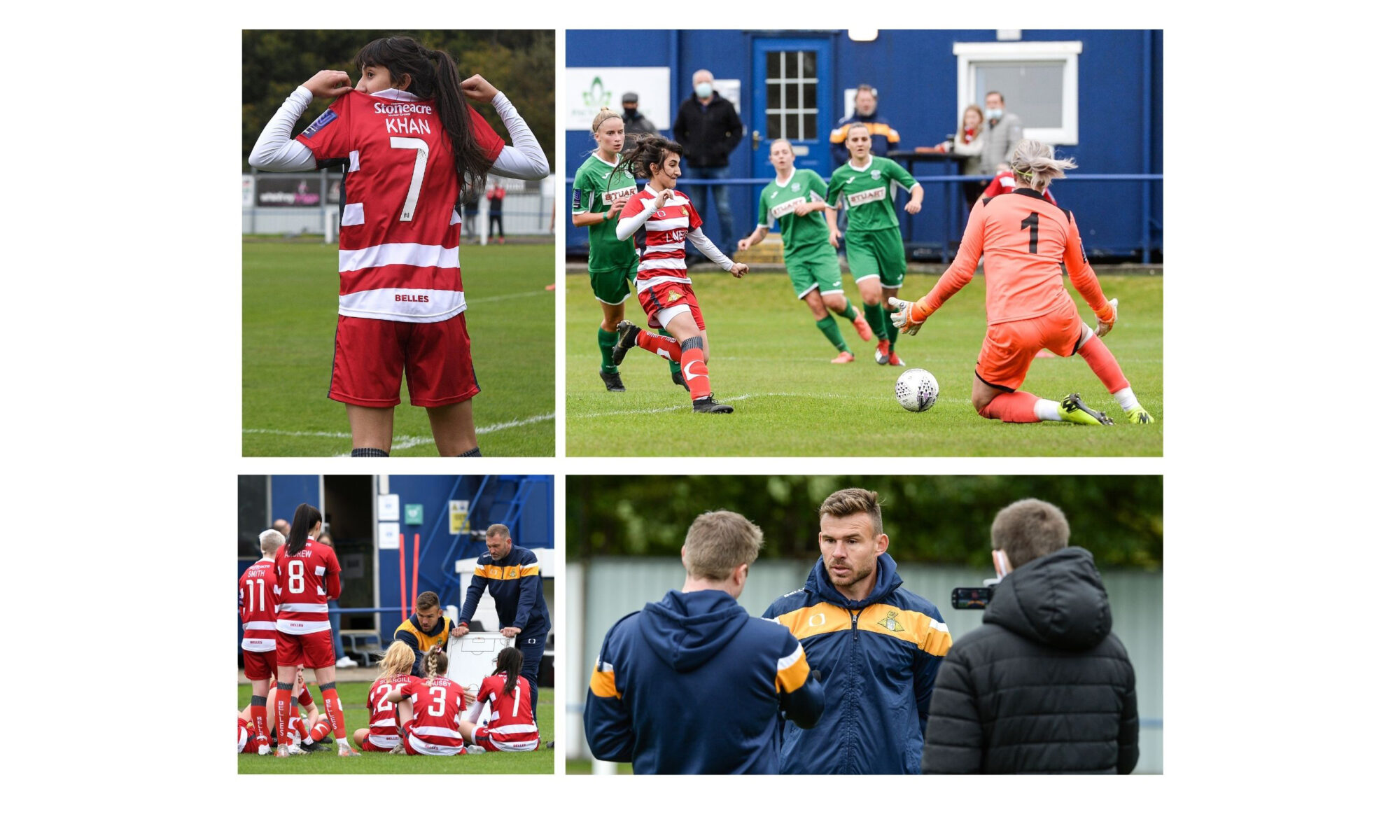 Football without fans is nothing, and the supporters of Doncaster Belles are among the most passionate I’ve ever met.
Because the FAWNL counts as grassroots sport, we’ve been able to have fans attend games since the 2020/21 campaign restarted – and with the team’s parent group Club Doncaster seeing income drastically fall due to the lockdown it was more vital than ever that we got as many at home games as we safely could when games got underway.

We felt there was an opportunity to target football fans in general, especially as the Belles manager Andy Butler is also a centre-back for Rovers. There is a lot of positivity around the Belles, so my approach was to reflect this with playful content. This meant being engaging, replying to supporters and retweeting them as often as possible, looking to extend the rapport beyond the core fanbase. We wanted Rovers fans, who could not attend their games, to consider coming down – and maybe they would keep coming once things returned to normal.

So I used Rovers’ in-house channels to amplify the Belles messaging. By careful targeting of this message we had more than 200 at our first home game and were close to the allowed capacity of 300 by our second home game. In contrast, the crowds at our away fixtures usually measure a few dozen – Belles supporters joining friends and families of the home club.

The hashtag #BackTheBelles has been around for a few years, so we leant into it. Every message possible was about supporters backing the Belles. It did not take long for fans to join in and suddenly there was a really positive conversation about people backing the Belles by attending games – and the end result was the boost in attendance for the final home game before the second lockdown.

As part of my attempts to make the Belles’ content more playful I commissioned some bespoke social media graphics for our live coverage, as well as asking some of our volunteers to get some extra footage and photos so we could create more content – this has resulted in extended match highlights being able to include goals from alternate angles (all adding to views on YouTube, which we hope soon be eligible to monetise) and being able to capture some more unusual shots like the half-time teamtalk which the manager had to conduct on the pitch because only a handful of the girls were allowed into the changing room at a time.

The Belles are one of the most iconic names in women’s football, with six FA Women’s Cup titles to their name. They’ve also been national champions twice. Being able to tell their stories is a great privilege, especially when it’s such a great club to be a part of.

If you’d like me to help tell the stories about your business or sports organisation, get in touch via hello@lukepr.com or the form below.